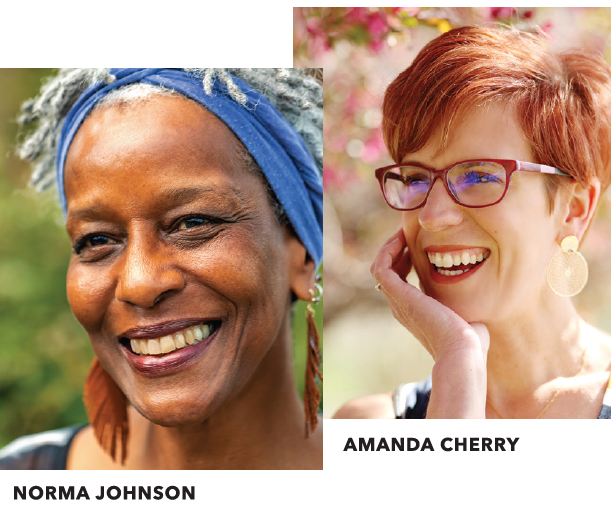 YWCA Boulder County is on a mission to eliminate racism, and last year we actively supported an important pilot program launched by a White 6th grade teacher in partnership with a Black poetic-storyteller. When our CEO, Debbie Pope, learned that racially motivated bullying against a student of color was happening at Boulder-based Southern Hills Middle School, she took action and contacted the school’s principal for help. She found that like many schools across Boulder County and the U.S., Southern Hills needed more support to deal with the situation. The school’s administration was committed to gaining the knowledge, skills, and action plan needed to create a more welcoming and inclusive space for all students.

Southern Hills counselors, teachers, and assistant principal took the YWCA’s Anti-racism Organizational Training (led by Debbie Pope and the YWCA’s Director of Community Engagement and Equity, Shiquita Yarbrough). Amanda Cherry, a Southern Hills Language Arts and Reading teacher, wanted to better help her kids understand privilege, racism, and equity, and reached out to Debbie for guidance about how to further her culturally responsive pedagogy by using diverse literature and critical conversations, beyond what she felt she could do as a White person. Debbie connected Amanda with Norma Johnson, a local creative voice for social justice and healing with lived experience, and the two partnered to design and introduce the pilot program initially entitled Exploring Race and Racism.

Amanda and Norma based their program around five key elements: relationships and collaboration across differences; disrupting binaries and otherism; exposure to real people and material outside our boxes; identity exploration; and sharing our stories to grow our humanity. Students read and discussed Stamped: Racism, Antiracism, and You (the young adult version), by best-selling author and activist Ibram X. Kendi and Jason Reynolds – a book that takes young readers on a journey from present to past and back again. They discovered where racist ideas came from, identified how those ideas impact their lives today, and learned about many people who have fought racism with anti-racism.

Norma came to the classroom herself to share her poems and talk about her experiences, and that personal relational element enlivened the work. When Norma brought in the Band­ aids she had special-ordered to match her skin color and told a story about being followed in a Boulder store while shopping with white friends who did not come under suspicion, students were able to see the more nuanced ways racism happens locally. Given the stories and the context to learn, as well as the opportunity to connect with people different from them, they moved beyond thinking of racism as old history and “something bad over there,” and began to see it as a personal experience that happens today and in our own community. And students were inspired by the friendship, open communication about challenges in discussing race, and power of collaboration across differences modeled by Amanda and Norma.

“In a time fraught with false binaries and seemingly unshakable divisions, we believe the most direct route to social change is relationship building.” – NORMA JOHNSON & AMANDA CHERRY

Amanda and Norma’s curriculum was introduced to 71 6th graders, and a survey measured how these students defined and understood racism before and after taking the class. The survey results show a deeper level of thought in defining race, racism, and structural racism.

“It feels like we are beginning the work of providing a road map for other teachers, bringing community voices into the classroom to grow children’s capacities for empathy, and understanding, and reading, and writing.” -AMANDA CHERRY

While the pilot program was underway, parents and administration at Southern Hills formed a Diversity Equity and Inclusion (DEI) group that now meets monthly. And Aiden, a Southern Hills 7th grade student of color who went through the pilot program, formed a Students of Color, Allies and “Place of Belonging” group that now meets weekly creating a space of support, an opportunity to share experiences, and a time to simply have fun together.

“I think the student group is a very cool environment to be in and I think with more people it could be more fun and a great learning experience for everyone.” -AIDEN, A 7TH GRADE STUDENT OF COLOR AT SOUTHERN HILLS MIDDLE SCHOOL

The program, renamed Who Tells the Story, will continue to be refined in the new school year, with a goal to create a model that can be replicated by other teachers at Southern Hills and across the Boulder Valley School District; expand the number of BIPOC community members engaging with students and parents; and continue to develop a more equitable and safe learning environment for all students.

Amanda and Norma also want to help students connect with other young people who differ from them in one or more identity markers, and they are exploring ways to make that happen that are authentic, meaningful, and reciprocal for both groups involved. Because “that bridging is what gets us to the place in our country and in our world where we can show up with empathy.” -Amanda Cherry