HomePass the Dream Act
A- A A+ 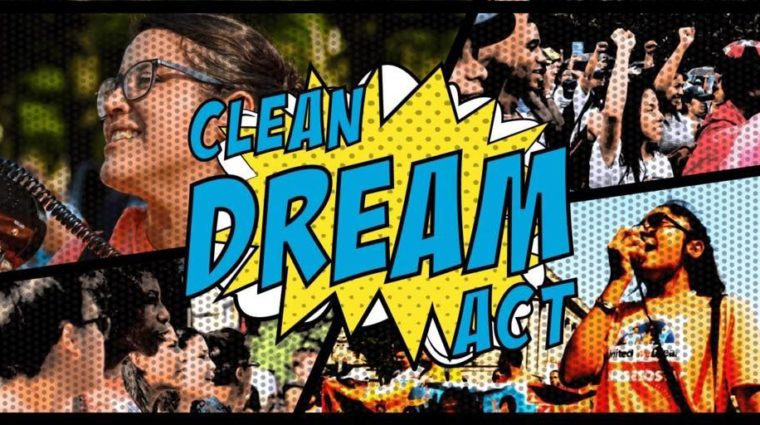 On a day to day basis, I work with women, immigrants, and the Latinx population in High Point, a rural city in North Carolina. And although we live in an area where politically, we are represented  by conservatives who in the last legislative session, attempted to pass more than a dozen anti-immigrant laws for our state, our community of immigrants in High Point is strong and diverse, and includes Dreamers. Despite this, and despite knowing that immigrant youth contribute millions of dollars to our economy, our politicians haven’t made lasting progress on immigration reform. Despite the fact that every day, immigrant youth are creating jobs and increasing our tax base when they spend money and pay billions in Social Security even when they are not able to benefit from it, we often see politicians reverting back to their political rhetoric.

But beyond the numbers, our DACA youth are teachers, nurses, firefighters, non-profit workers, and the laborers building the infrastructure and roads that keep society running. When advocates and allies of Dreamers meet with legislators, we always mention their contributions to our economy and the detriment that having them live in the shadows would cause. These arguments are true, but as someone who is an immigrant herself, and who lives in a mixed status family, I am frankly tired that for politicians, the fact that immigrants are human beings is not enough. That when they talk about “sending them back” and refuse to consider a pathway for them, they don’t see the impact this will have on the young people and their families.

They don’t think about how Dreamers are children who grew up here, and have spent their most formative years learning, developing, and building lives here, and who now risk losing all they have. They don’t realize what the cost of not having a license, of not being able to cash your check because you don’t have identification, of not being able to open an account at the bank, of not being able to contribute to the community like everyone else, has on people. They don’t consider that when immigrant youth are graduating at the top of their class, working arduously for scholarships that are limited because of their status, and getting into and graduating from college, they might find themselves unable to use their degree because they lack a social security number. Although there is no physical wall, immigrants still find themselves facing an invisible wall barring them from reaching higher. DACA helped change that for 800,000 immigrant youth. When the Trump administration rescinded the program in September, all those young lives were put at risk again.

That decision impacted many of the children and women YWCA serves. I want our politicians to know that as advocates for women, we at YWCA see the role that immigration status plays in creating fear and preventing immigrant survivors of domestic violence from coming forward. We see children in our school system developing mental health issues because they worry about the threat of deportation for themselves or their parents. Rescinding DACA has only exacerbated these fears in our communities, and this will only get worse with every day that the Dream Act, a solution that has bipartisan support, is not passed.

Dreamers are our friends, family, colleagues, and community members. DACA allowed these young people to live up to the promises of our society – that if you work hard, play by the rules, and give it your best you will be able to succeed. I am asking our supporters, our followers, and our Congress to pass a clean Dream Act for the 800,000 Dreamers who now face the threat of deportation from their home. As of today, over 12,000 DACA youth have already lost their status. There is no time to waste. This is more than just an economical issue. These are human beings who have been given a chance to succeed and have lived up to that promise; they are part of our communities and we cannot abandon them. Contact your members of Congress now and tell them to pass a clean Dream Act now.